Used Golf Balls – How Many Rocks Do Pros Go Through In A Typical Round?

Everyone has heard that when you drive a new car off the lot, it immediately becomes a used car and loses 30% of its value. The same concept applies to new and used, especially those used by PGA Tour professionals. Although the logistics involved with televising a sport that has a playing field dozens of acres in size are nothing short of staggering, networks regularly do an incredible job of bringing the action into the living room of the typical fan on any given weekend. Even so, the telecasts rarely show the interaction of a caddie and a player between holes, making it essentially impossible to tally exactly how many different golf balls a player uses over the course of 18 holes.

Used Golf balls are made the moment a club face strikes a new golf ball, it becomes a used golf ball.

The club speed of many PGA Pros is near 120 miles-per-hour, which is enough force to actually alter the spherical nature of the ball ever so slightly. Before the technological boom that took place around the dawn of the current millennium, golf balls were much less durable and sophisticated. This meant that professional golfers with high swing speeds would often need to swap out a ball after every single hole. Huge boppers such as a young John Daly would likely have swapped out after every single tee shot, but such a move is illegal on the professional level unless the used golf ball shows visual damage, such as a scuff mark.

Today’s players typically play one ball for the span of three or four holes. The length of a used golf ball’s professional career is usually about 12 to 15 shots, but this number can vary based on how things are going for the golfer that is striking it. Few professional golfers have the guts to tempt fate by throwing out a ball that they just made birdie with, so players have been known to stick with one ball for the entirety of a front or back nine if they are in the proverbial groove. When David Duval rolled in an epic 59 in the final round of a Southern California tournament in 1999, it was said that he used only three balls the entire day.

Balls that have been vessels of bogeys and double bogeys are typically laid to rest before their time, often as a result of the generally superstitious nature of most professional athletes.

If the negative energy of a bad performance on one hole can be blamed on and transferred to an inanimate object, then the mind can often regain is focus in time to make the blemish on the scorecard an anomaly as opposed to a trend.

Wholesale NXT Golf Balls Are A... 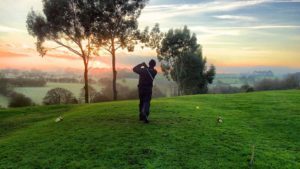 What You Need to Know About the World Handicap System 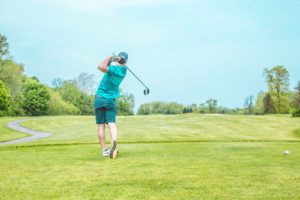 How to Choose the Perfect Golf Ball Compression 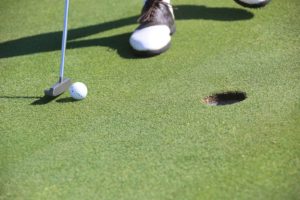 A Quick Guide to Putters 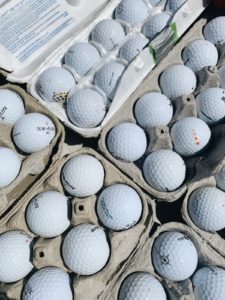 All Your Questions About Recycled Golf Balls Answered